Pepper was for Sheriff's new boat before he was against it 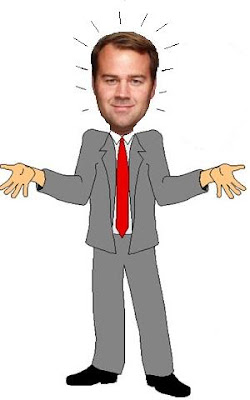 Now he claims he is undecided

Last week, voters flooded the offices of the Hamilton County Commission with calls and e-mails after Commission President David Pepper and fellow tax-and-spend democrat Todd Portune announced that they supported spending $98,691 in tax dollars for a new boat for Sheriff Simon Leis. This proposed purchase is on top of four boats already used by the Sheriff to patrol the Ohio River (3/4 of which is in Kentucky).

The next day, Commission President David Pepper delayed the vote saying there were "a lot of personality and a lot of politics" in the issue.

Now, Pepper says he is undecided until he gets important questions answered about the purchase.

Pepper is an announced candidate for Ohio Treasurer but COAST is certain that the "personality and politics" at play on the issue of the Sheriff's new boat has nothing to do with his career ambitions.COAST thanks Commissioner Greg Hartmann for his consistent stand against wasting tax dollars on the Sheriff's new toy.