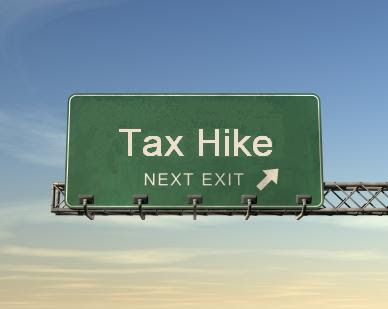 Faced with a $20 million deficit this year and a $40 million deficit in 2010, Cincinnati City Council did what it always does on Wednesday -- it elected on Wednesday of this week to continue its irresponsible spending. As the Enquirer story explains, Council's $20 million in "cuts" are anything but, including furlough days the unions must approve (an unlikely $4.2 million of the "savings") and uses $6.4 million in surplus from prior year income tax collections.

Thus, because more than half of the claimed savings are not cuts at all, the deficit that Council faces in 2010 is now closer to $60 million.

"As COAST has explained before," said COAST Chairman Jason Gloyd, "Council's persistent practice of whistling past the tax-and-spend graveyard is merely postponing the imminent fall for the taxpayers. We are being set up for a massive tax increase in 2010."

Even more odious, Council violated its own rules against spending surplus monies in the spending vote this week.

To bring attention to the plan this election year, and to stave off the drive for higher taxes, COAST has issued a Pledge against tax increases to all 2009 Mayoral and Council Candidates. To date, Ghiz, Monzel, Winburn and Zamary have signed the Pledge.

Below is a statement issued by Council member Chris Bortz on this week's spending spree by Council. Note the last paragraph of the Bortz statement, which confirms the COAST position. Seems like he is thinking right (on the issue of the City Budget). We encourage COASTers to call or email Chris Bortz' office (352-3255) to thank him for speaking out on the budget, and also ask that he sign the COAST Pledge.

"Today the Mayor and five members of Council violated the Rules of Council to pass a mid-year budget correction that, despite City Manager Dohoney's warning of, "inevitable layoffs in December," spends more money to create new positions (2 lawyers and a census coordinator); spends the City savings; risks public safety; and has even more accounting gimmicks such as counting on savings from furloughs that have not been agreed to by any union, counting on savings from forcing police to shut their cars down for 1 hour per shift, and shifting over $1M in rent to another account).

The Rules of Council are adopted by City Council under the authority of the Charter. There has never been a willful and flagrant violation of these rules by any Council. The rule which requires six votes to spend the City's reserve accounts was specifically agreed to by Council in order to provide a measure of spending restraint outside of the annual budget appropriation. While I have often disagreed with members of City Council on fiscal policies, I have never witnessed such a breach in integrity. Council Rule 9.6 states,

'Council shall pass no Ordinance providing for an expenditure of City funds except as a part of the approved annual City budget unless the Ordinance at the same time provides for a specific offsetting expenditure reductions or revenue increases. In the absence of the declaration of a genuine emergency by the City Manager, offsetting expenditure reductions shall not include funds taken from the Reserve for Contingencies, from any surplus, or from the previous year's Carryover Balance.'

The rule was written to prevent exactly what was done today. In reference to this item, the City Solicitor, in a written opinion, states, "Passage of such an ordinance would therefore violate Council Rule 9.6...." Mayor Mallory has made Council decorum a central principle of his tenure. The move today shows that to be only a principle of convenience, discarded when politically expedient.

The failure to get support of six members of Council for such a crucial vote is a failure of leadership, shows unwillingness to compromise, and signals to the public that the long-term stability of the public coffers takes a back seat to election year politics.

The budget passed today is a clear signal that Council fully intends to levy new fees and taxes to fill a projected $40M deficit. By utilizing reserves and accounting gimmicks, Council has ducked the hard choices until after the coming election. Those hard choices are now even harder."