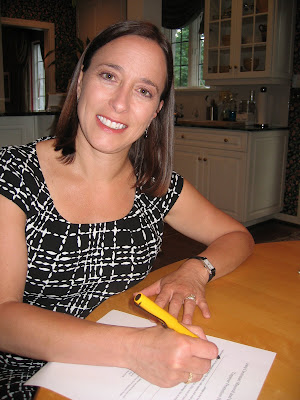 Republican Council challenger Amy Murray has signed COAST's pledge against raising taxes and against new fees during the coming Council term, bringing to five the number of signers of the pledge. Please e-mail Amy to thank her for taking the Pledge.

However, to date Bortz has not signed the Pledge. COASTers are encouraged to e-mail him to demand he sign the Pledge.

COAST thanks Amy Murray for her leadership in taking the Pledge and her fellow Council candidates who have previously so committed.

COAST again asks its members to call or write the other seven Council members and the Mayor asking that they sign too (click name to email).


The text of the pledge is:

I, Amy Murray, pledge to the taxpayers of the City of Cincinnati and all of the people of this City that I will oppose and vote against any and all efforts to increase taxes and create new fees during the 2010-2011 term of Cincinnati City Council. This includes without limitation, any increase in the City earnings tax or property tax, and the imposition of new fees such as a garbage collection fee.