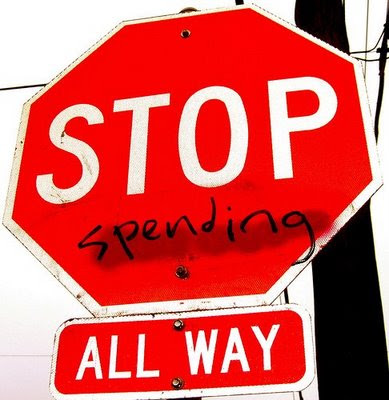 So often, basic governmental services are not funded properly, and we are told that only a massive tax increase will allow their continuation. Well County Auditor Dusty Rhodes has had enough and now he is speaking forcefully about the issue. Read the Rhodes statement and the Enquirer blog about it here. See Rhodes official Auditor's web site here.

COAST agrees with this sentiment. The best example of this was the Super-Sized Jail tax. County government has been so enthusiastic about providing frills and headline grabbing functions (remember the Film Commission?), that it claimed (and continues to claim), it has no money for a basic, statutorily-mandated service such as incarcerating criminals.

Are we being set up for yet another jail tax increase plan?

Rhodes argues that Commissioners are spending money on entirely optional, expensive programs rather than incarcerating dangerous criminals, a function the Ohio Revised Code requires them to perform. His admonition is instructive to all government officials:

"The easiest way to cut costs is to stop doing the things you are not required to do."

Now there's an idea. Does this bring the $185 million trolley to mind for anyone?

Here are the specific things Rhodes complains Commissioners are doing (some currently) that are taking sorely needed funds from basic government operations:
About the Banks project, Rhodes forcefully says, "The importance assigned to this City project [the Banks] is completely disproportionate to reality and to what the County can reasonably afford. It has become an expensive, editorial board driven obsession. It has become a desperate attempt to do what the market says should not be done."