Do Republicans finally grow a pair? 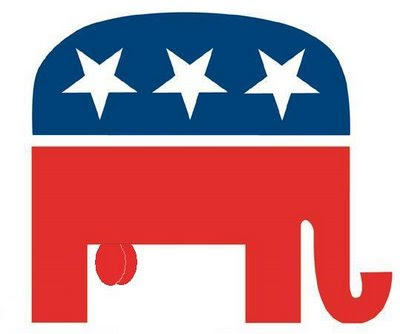 Now that tax-and-spend President George W. Bush has finally retired to Crawford Texas, the remaining Republicans in Washington appear to (maybe, sort of) have gotten the message and intend to oppose the massive spending bill proposed by the Democrats on Capitol Hill. Here’s Chairman of the Republican Conference, Representative Mike Pence of Indiana:

"The Democrat bill won't stimulate anything but more government and more debt. The slow and wasteful spending in the House Democrat bill is a disservice to millions of Americans who want to see this Congress take immediate action to get this economy moving again."

Maybe the massive defeats suffered by Republicans in 2006 and 2008 caused their testicles finally to drop and generate some testosterone. We can only hope.
Posted by COAST at 1/28/2009 09:27:00 AM 5 comments:

Email ThisBlogThis!Share to TwitterShare to FacebookShare to Pinterest
Labels: Bailout

Vote COAST for Best of Cincinnati! 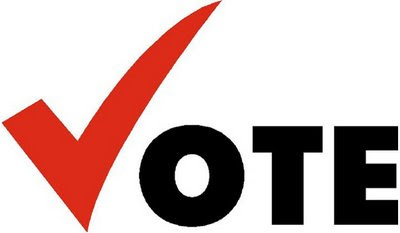 COAST is nominated in 2 categories for CityBeat's annual Best of Cincinnati awards.

Please click here before March 1, 2009 to Vote, and type your email address in the top blank.

URBAN LIFE
Use of Public Funds, Select "Have yet to see one!"

Email ThisBlogThis!Share to TwitterShare to FacebookShare to Pinterest
Labels: SB2009-03 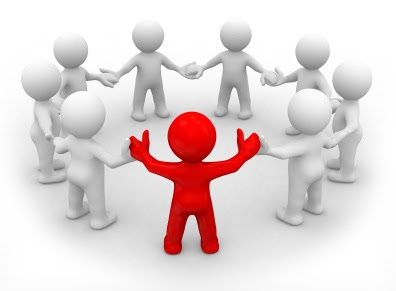 This group was a direct result from feedback at the January member meetings.

We are looking for people passionate about the cause and willing to think outside the box to reach out and inspire our members and the community.

Tax Reduction Seminars Are a Hit !

Three new dates added.
COAST attorneys have been holding a series of free property tax reduction seminars to train homeowners and commercial property owners how they can successfully challenge their property tax valuations reflected on their January 2009 bills from the County Treasurer. Those seminars were each completely "sold out," with more than 60 persons attending each class.

As a result, three new, free classes have been added, and they are filling up quickly as well.
Monday, January 26, 6 - 7:30 PM
Home Builders Association
415 Glensprings Drive
Cincinnati, Ohio 45246

A packed house gathered in the 300 seat theater of the National Underground Railroad Freedom Center (NURFC) to view the historic inauguration of President Barak Obama. For many it was the culmination of a dream that Dr. Martin Luther King Jr. shared with millions in his famous speach on the National Mall in Washington, DC in 1963, and in a BBC interview where he predicted a black president "within 40 years".

But just as that dream was about to come true, the NURFC had technical trouble with its internet feed. They had no alternate source lined up, and told the crowd to go somewhere else to witness the momentous occasion.

What happens to a dream deferred?

Or does it explode?

The few who stuck around wound up gathered around a small screen on the third floor, craning for a glimpse. "They didn't use TVs because it would have required 250 feet of cable wire and more manpower than they have," said a Cincinnati Enquirer reporter who was blogging the event.

Email ThisBlogThis!Share to TwitterShare to FacebookShare to Pinterest
Labels: NURFC

COAST has joined Christopher Smitherman and the NAACP in their drive to stop Council’s planned $120 million trolley plan serving only downtown, Over-the-Rhine and Clifton with a petition drive for a charter amendment. The Charter Amendment will prevent Council from spending monies on passenger rail transportation without a public vote. The Business Courier covered the NAACP effort here. 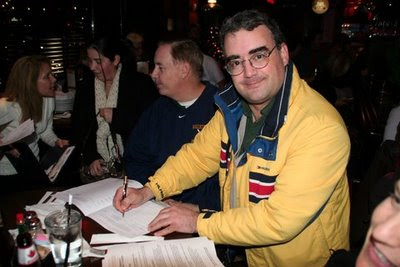 Mark Miller becomes the first COAST signer of the
petition to stop the wasteful trolley proposal.
“Over-priced and inefficient passenger rail transportation will be a bottomless pit of tax dollars,” said COAST Chairman Jason Gloyd. “We are proud to once again join the NAACP in stopping foolish policies of our local government officials.”

The trolley charter amendment is the fourth proposal of the WeDemandAVote.Com coalition in three years. Two other proposals, the jail tax referendum and a charter amendment banning red light cameras, passed with COAST help in 2007 and 2008.
Posted by COAST at 1/18/2009 07:09:00 AM 12 comments: 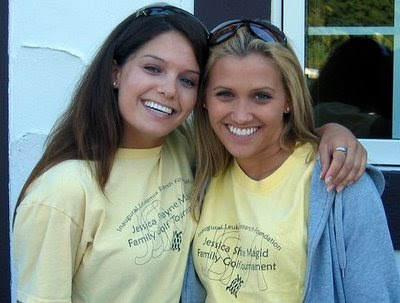 Please join us and bring a friend.

COAST is hosting a series of membership meetings in Janaury and February to bring the message of limited government and lower taxes to all corners of Southwest Ohio. The schedule is as follows: 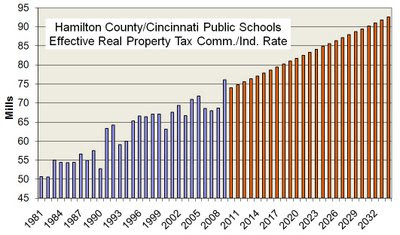 This graph shows the growth in commercial/industrial property tax rates in Hamilton County/Cincinnati Public School District over 25 years, from a rate of 49 mills to more than 76 today. If these trends hold for the coming 25 years, our children will pay tax rates of more than 92 mills in 2034.

Overall, Hamilton County experienced an increase in property values for both residential and commercial property. Some areas experienced dramatic increases. For example, Auditor assessments in Oakley increased by 16 to 17 percent. At the same time, many areas of the County experienced significant increases in rates of taxation. Property tax rates in the Cincinnati Public School District went up a total of 14%, despite significantly reduced enrollment. This is due to the massive CPS tax increase that passed in March.

The combined effect of these two factors meant, for example, that many Oakley property owners experienced increases of more than 30% from their prior tax bills.

COAST attorneys are hosting a series of property tax reduction seminars in January and February. Details are here.
Posted by COAST at 1/18/2009 07:07:00 AM 2 comments: 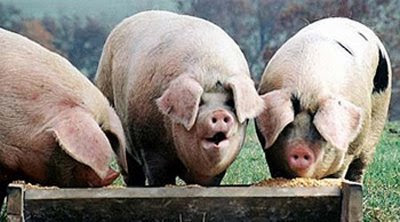 In a bizarre procedural move, Cincinnati City Council passed its 2009 budget in December, and then later passed a second budget adding $917,000 in surprise spending without any public input or debate. Councilmember Bortz criticized liberal Council members for the wasteful, backdoor spending maneuver in this Enquirer guest editorial.

According to Bortz, “[t]he added spending was, in part, for more money for council and mayor staff; a neighborhood garden program; a raise for city workers; and new staff to advocate for cutting meat consumption, cold-water washing and air-drying of dishes - all paid for by increasing parking fines in our business districts and tapping the city's emergency reserves.”

Lays off 17 in December
In November, the National Underground Railroad Freedom Center released its 2007 federal income tax return showing that its top two executives earned salary and benefits of more than $546,842 in 2007. Less than a month later, the NURFC, facing a 28% budget shortfall, laid off 17 of its 64 full-time employees. Read the Business Courier story of the layoffs here. 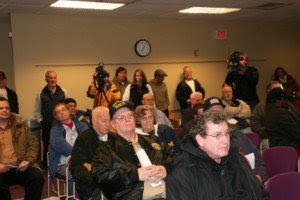 57 Toledoans show for initial organizing meeting
Last Monday, COAST Board member and legal counsel Chris Finney traveled to Toledo to bring petitions banning red light cameras to this northern Ohio City. COAST will be joined in the effort by representatives from the Republican Party, the Libertarian Party, and Americans for Prosperity – Ohio.

The Toledo Blade took note of the meeting here. Later, they blasted the COAST initiative here. COAST wears their scorn with pride, and as an indication it is on the right track. The Blade has been a lead cheerleader for the left-leaning state and local policies and politicians that have decimated Toledo families, the economy and community. 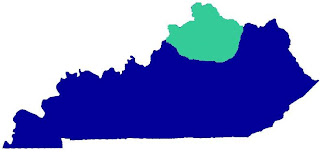 Organizers of the campaign to defeat a parks tax in Boone County have decided to continue their organization against expanded government and higher taxes in northern Kentucky. Read the Kentucky Enquirer story on the organization here. For more information on the Kentucky group, contact COASTer Mike Moreland at (859) 816-1314 or bluegill1@insightbb.com.
Posted by COAST at 1/18/2009 07:03:00 AM 1 comment: 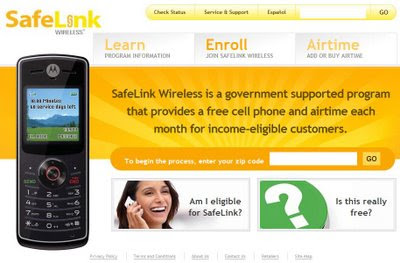 A new fundamental right to tax dollars emerges.
We know it sounds inconceivable, but a new government program now assures those on the public dole the right to a taxpayer-funded cell phone. We are not kidding. Read about it here.
Posted by COAST at 1/18/2009 07:02:00 AM 2 comments: 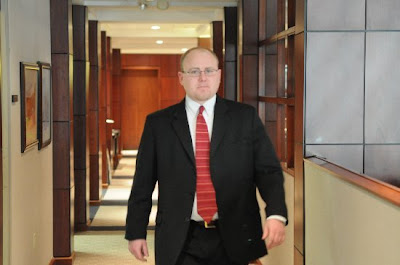 We salute COASTer, and former Cheviot City Councilman, Charlie Norman, who has been appointed Cheviot Treasurer by Republican precinct executives. He replaces Paul Dorenkemper who is retiring after more than four decades of service.

"It's an honor to follow one of this city's most distinguished public servants," he said, "Paul's dedication to Cheviot is truly exemplary."

Norman served on city council from 2002 through 2007, and will now serve as Treasurer through the remainder of Dorenkemper's term which expires Dec. 31. He will then decide whether to run for reelection this November.

While a councilman, Charlie chaired the Finance and Building & Annexation Committees, and spearheaded efforts to combat nuisance properties.

He was sworn in as City Treasurer on Jan. 6th.

"I'm eager to get to work managing the city's finances," he said, "These are challenging financial times, and I look forward to working with my colleagues on council and in the administration over the next year to make sure the city is on solid financial ground."
Posted by Mark Miller at 1/18/2009 07:01:00 AM 1 comment: 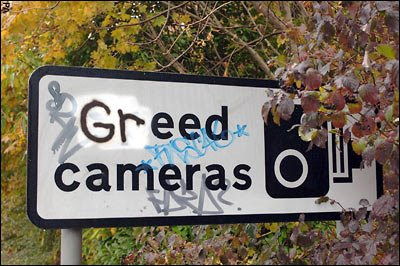 Organizing meeting is Monday, January 12 at 7 PM at Point Place Branch Library
COAST and Americans for Prosperity-Ohio, two partners in the coalition that enacted a ban on red light and speeding cameras in Cincinnati in 2008, are taking their campaign to Toledo this year. Their goal is to place on the November 2009 ballot a Charter Amendment banning red light and speeding cameras in that city.

The groups will be hosting an organizing meeting for the 2009 campaign on Monday, January 12, 2009 at the Point Place Branch Library, 2727 117th St. Toledo 43611 at 7:00 PM. Members of the public are invited to join the assemblage to help place the initiative on the ballot.

Throughout the spring and summer, volunteers in Toledo will be collecting the 7,000 valid signatures to place the issue before the voters. The total number of signatures needed, to account for bad and invalid signatures, will be approximately 14,000.

“COAST hopes to help start brushfires for liberty throughout Ohio,” said COAST Chairman Jason Gloyd. “Our experience is that, when given the chance to limit the encroachment of government interference in our lives, people grasp for liberty every time. The Toledo initiative brings hope for freedom to the oppressed citizens of northwest Ohio.”