From yesterday's Wall Street Journal:
History shows that when Congress gets more revenue, the pols spend it.

The draft recommendations of the president's commission on deficit reduction call for closing popular tax deductions, higher gas taxes and other revenue raisers to drive tax collections up to 21% of GDP from the historical norm of about 18.5%. Another plan, proposed last week by commission member and former Congressional Budget Office director Alice Rivlin, would impose a 6.5% national sales tax on consumers.
The claim here, echoed by endless purveyors of conventional wisdom in Washington, is that these added revenues—potentially a half-trillion dollars a year—will be used to reduce the $8 trillion to $10 trillion deficits in the coming decade. If history is any guide, however, that won't happen. Instead, Congress will simply spend the money.
In the late 1980s, one of us, Richard Vedder, and Lowell Gallaway of Ohio University co-authored a often-cited research paper for the congressional Joint Economic Committee (known as the $1.58 study) that found that every new dollar of new taxes led to more than one dollar of new spending by Congress. Subsequent revisions of the study over the next decade found similar results.

We've updated the research. Using standard statistical analyses that introduce variables to control for business-cycle fluctuations, wars and inflation, we found that over the entire post World War II era through 2009 each dollar of new tax revenue was associated with $1.17 of new spending. Politicians spend the money as fast as it comes in—and a little bit more.

Lame Duck Commission tries for yet another sales tax hike

Your urgent action needed
-- Lame duck County Commission --
~ COASTers need to call TODAY
to stop yet another sales tax hike ~
COAST has just learned that one last attempt is underway raise the County sales tax, and to do it before the term of liberal democrat David Pepper's term expires at the end of December.
The urgent action of COASTers is needed NOW to stop Portune and Pepper from advancing this tax increase during the lame duck session between now and year's end.  Please call or write your Commissioner immediately indicating your opposition to this tax rip-off that already has been rejected twice by the voters:
Todd Portune              (513) 946-4401
David Pepper              (513) 946-4409
Greg Hartmann           (513) 946-4405
Please ask them not to raise the sales tax before year's end!
In 2006, Todd Portune joined a unanimous Commission seeking to raise $333 million from a 1/4¢ sales tax increase that was put to a vote of the people that same year.  The voters rejected that increase by a 57% margin.
In 2007, the democrats took over control of the Commission with the election of liberal democrat David Pepper and their first major act was to impose a 1/2¢ sales tax increase without a vote of the people.  This plan was designed to raise $777 million for a new jail and social services -- a Super-sized sales tax!  The legendary WeDemand coalition was formed to oppose that tax, and in 45 days, the NAACP, COAST, the Libertarian party, the Green Party, Cincinnati Progressive Action and others gathered 56,000 signatures using more than 350 volunteers to place the issue before the voters.  That fall, tax proponents spent more than $1 million (including $100,000 from David Pepper's mother) and still the tax lost by 56% of the vote.
Now, some 30 months later, they are at it again.  Todd Portune is advancing yet another plan to secure an unvoted 1/2¢ sales tax increase, this time to pay the stadium fund deficit.  Yes, that's right, Todd Portune wants yet another tax increase for Mike Brown's pleasure palace on the riverfront.
Apparently the Todd Portune did not get the message about voter rejection of tax-and-spend policies from the fall election.  Please call all three Commissioners explain it to them one more time.

(We do not at this time have any indication of which way David Pepper is leaning on the issue, we just know how he has voted int he past.  Commissioner Hartmann has already stated his firm opposition.)
Posted by COAST at 11/17/2010 11:34:00 AM 2 comments:

Please join Center-Right, Cincinnati Tea Party, Ohio Liberty Council, Americans For Prosperity and COAST for a "Celebratory Affair." We will kick off the event with lite appetizers.

We appreciate your efforts, so come and enjoy yourselves! There is no charge for this event, but it's buy your own food and beverages.

"Quantitative Easing" = Govt printing its way out of debt

Email ThisBlogThis!Share to TwitterShare to FacebookShare to Pinterest
Labels: SB2010-11

Who was it that said insanity is expecting a different outcome from identical inputs? 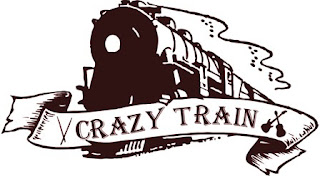 Ohio is facing a $9 billion deficit which will result in deep cuts to education and safety. We got into this hole by overspending on frivolous things. Now Governor Strickland wants to waste even more money to revive a 39 MPH train that died from lack of use in 1976, one which voters have rejected at the polls four times.

Spending your way out of a deficit is like eating yourself out of obesity. Kasich gets this and wants to cut the pork. If elected, he promises to kill the 3C Snail Rail Boondoggle.


"Somehow, it's become fashionable to think that high-speed trains connecting major cities will help "save the planet." They won't. They're a perfect example of wasteful spending masquerading as a respectable social cause. They would further burden already overburdened governments and drain dollars from worthier programs -- schools, defense, research."

"President Obama calls high-speed rail essential "infrastructure" when it's actually old-fashioned "pork barrel." The interesting question is why it retains its intellectual respectability. The answer, it seems, is willful ignorance. People prefer fashionable make-believe to distasteful realities. They imagine public benefits that don't exist and ignore costs that do."

"The absurdity is apparent. High-speed rail would subsidize a tiny group of travelers and do little else. If states want these projects, they should pay all costs because there are no meaningful national gains. The administration's championing and subsidies -- with money that worsens long-term budget deficits -- represent shortsighted, thoughtless government at its worst. It's a triumph of politically expedient fiction over logic and evidence. With governments everywhere pressed for funds, how can anyone justify a program whose main effect will simply be to make matters worse?"