From the Balanced Budget Task Force

LEESBURG, Virginia (November 20, 2013) - Today, the Ohio General Assembly answered Governor John Kasich's call to action by passing a resolution, with bipartisan support, demanding that Congress set the time and place for a Convention of the States to draft a balanced budget amendment to the U.S. Constitution.

Article V of the Constitution provides both Congress and the states with equal authority to propose an amendment. Under Article V. of the U.S. Constitution thirty-four states need to pass a similar resolution to initiate a convention for the sole purpose of drafting a balanced budget amendment.

Chairman of the Joint Chiefs of Staff, Navy Admiral Mike Mullen stated, "I've said many times that I believe the single, biggest threat to our national security is our debt."

You're Invited to the COAST Christmas Party

As is our annual tradition, we invite all COASTers and non-COASTers alike to join us to celebrate Christmas on Monday, December 16th at DeSha's in Montgomery.

Please join us as we celebrate the season and recount our successes of the year now nearly gone.

COAST Kicks it at Polls 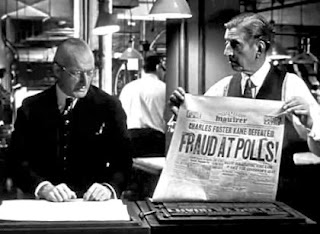 A quick rundown of our electoral successes:

Warren County:
COASTer Kim Grant cruised to victory and a seat on the Kings Schools Board of Education;

Amy Murray, Charlie Winburn and Christopher Smitherman will be on Cincinnati Council for the next four years (Great thinking Laure!);

While we may have lost the battle on the Parking Plot, we definitely won the war as Roxie and LQ were saddled with their support of the parking deal and streetcar.
Posted by COAST at 11/06/2013 07:10:00 PM 5 comments:

The power of ideas

So many times politics is dominated by money.  Other times it is driven by powerful forces like union organizers or racial politics.  And still others, it is driven by the politics of personal destruction.

But in some years, reason triumphs over all of these.  Such was the case in 2013.

As much as Roxanne Qualls tried to ignore both, the Mayoral election election was decided by two issues: the Cincinnati Streetcar and an epic political and policy disaster -- the Parking Plot. And Laure Quinlivan and Pamula Thomas joined her in driving their political careers into the ground on the twin pillars of policy folly.

All year long, COASTers asked: How much pain can they endure?  How tone deaf can they be?  We even wondered if our political instincts might be askew as these experienced politicians persisted in pursuing the most politically reckless strategies in event memory.  Then, in the closing days of the campaign, they rubbed salt in the wounds they first opened with the voters by installing streetcar lines and pushing forward the parking bond deal, forcing both unpopular issues into the headlines at just the right time for the challengers.

More than ever before in COAST's memory, a Mayoral race and a Council race were about issues that defined the candidates, defined their character, defined their hubris, defined their refusal to listen to their own voters and defined their political philosophies.  The Streetcar and Parking Plot were on the lips of common voters, businessmen and opinion leaders.  Across the City, voters asked the candidates and one another: Why won't you listen to us?  Candidates, like Qualls and Quinlivan, who enjoyed significant levels of personal popularity saw their support evaporate as they relentlessly and senselessly pursued these unpopular policies.

COAST is grateful that the issues of the day dominated the election.  So, in addition to just having better personnel in the Mayor's office and on Council, those elected have a mandate to rein in reckless spending at City Hall, starting with killing the Streetcar and the Parking Plot.

According to a review of endorsements over at the enjoyment and contemplation blog, Amy Murray leads city council candidates and John Cranley leads in the mayors race for most endorsements.

Murray is supported by eight groups: Republican Party, Charter Committee, Green Party, Chamber of Commerce, the Homebuilders Association, Board of Realtors, Fraternal Order of Police and Save Cincinnati.

Cranley enjoys the support of the Green Party, Fraternal Order of Police, International Association of Fire Fighters and Save Cincinnati. While Qualls has only one endorsement listed.

Also, though not noted by the blog, Murray and Cranley were both endorsed by the Enquirer.

The seven candidates with the most endorsements all oppose the streetcar, and the top eight all oppose the Parking Plot. Makes you think the reason all those incumbents are avoiding talking about their records is because they know the voters hate those records.

The Empire does strike back, doesn't it?

Our loyal COAST blog readers will remember that earlier this year, union goons, establishment Democrats and other members of the far left column attempted to mount a coup to remove Christopher Smitherman as President of the Cincinnati NAACP.

That effort was led by Rob Richardson, Sr. and Rob Richardson, Jr., the latter of which hosts a talk show on Cincinnati's WDBZ radio station and is the attorney for Cincinnati's Labor Council that is behind the Qualified Bidder ordinance that has brought MSD projects to a screeching halt.

Well, Richardson and his union thugs have now cooked up campaign literature and radio commercials aimed at the African American Community.  With huge radio buys, accentuated by talk show hosts with malevolent intentions, Smitherman has endured a withering set of attacks since the middle of last week, which will endure through election day, tomorrow.

COAST thanks Smitherman for his leadership, courage and hard work in advancing a fiscally conservative agenda on Cincinnati City Council.  We are confident he will once again survive this attack on his integrity and record.

See here how Christopher Smitherman exposes the persons behind the ad.