Utter contempt for the voters 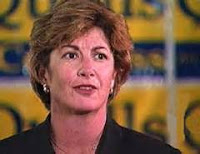 Oblivious that this is an election year, and oblivious that the referendum and lawsuit on the Parking Plot was a thundering rejection by the electorate of the secretive and underhanded tactics of the Mallory administration of the City, the City Manager today undertook a new low municipal governance.

Let us visit the events of the past 75 days:

In other words, the entire "robust and transparent public discussion about the best way to move forward" that was to transpire last night and the discussion that we have been having for the past 75 days was nothing more than a pep rally for the Streetcar, and once that celebration was concluded the City only then got down to the brass tacks of a "public discussion" about the financing of the project.

The very public discussion was a sham.  The entire purpose of the exercise was to avoid talking about the problem and the solutions, and simply rush the new Mallory/Qualls plan to a vote.

We have no expectation that the Enquirer editorial page or other mainstream media outlets will speak out against this contemptuous approach to governance this administration finds preferable.  But we note that we have never, ever, seen this level of contempt for the electorate in our years of involvement in the "game" at City Hall.
Posted by COAST at 4/30/2013 04:54:00 PM