The Empire Strikes Back -- The Chamber, 3CDC, The Port and host of others weigh in on Parking Plot 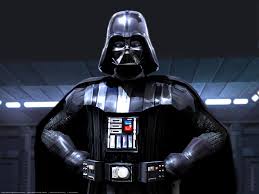 The Taft firm steps in as Darth Vader

When there is $94 million at stake, you know that lurking in the shadows are power players all over town.  Well, they have finally surfaced, and in a big way.

The Chamber of Commerce, 3CDC, The Port, and major Cincinnati-area developers have sought to file an amicus brief against the position of those circulating referendum petitions.

At the hearing on the permanent injunction, it was Curt Hartman versus 11 attorneys representing the City.  He was our Han Solo versus their endless stream of Storm Troopers.  Now the Taft Firm makes an appearance as Darth Vader and brings along the Squire Sanders, and Katz, Teller firms as members of the Sith.  As far as the Courtroom goes, it really does not get any more dramatic.  And all of it is brought to you courtesy of COAST and its coalition partners.