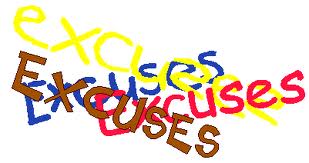 COAST enjoys a good rapport with Enquirer reporters and editors generally, and certainly respects Jane Prendergast's City Hall coverage, but today's puff piece (IN-DEPTH: Budget ideas: Why can't we...?) was about the most pathetic piece of objective "analysis" we ever have seen from the premier news source in Cincinnati.


Instead of aggressively and  creatively looking at how the City could address its chronic and acute budget problems, and consider all points of view in doing so, it was transcribed right out of the City Hall excuse book and could have been written by Roxanne Qualls or Milton Dohoney.  It was basically a regurgitation of the liberal line at City Hall.

Now, our every inclination at COAST was to bite our tongue, and take it all in stride, until we saw the comment posted by our former Mayor Charlie Luken that skewered the puff piece, and offered real, concrete examples of how the City has misplaced spending priorities.  His comment can be seen here.

The best example we can add is this: "The city says it plans to spend no general fund dollars on operation of the streetcar, which it projects to cost about $3.5 million a year." Jane, every single dollar the City spends operating the Streetcar legally can be used for cops, firefighters, and trash collectors.  They are operating dollars.  And the City has (a) steadfastly refused to release a Streetcar operating budget, and (ii) massively under-estimated operating costs.  Yet the Enquirer, in running this unanalytical analysis failed to even question any of this.  You wonder if the article came off of Meg Olberding's (the Mayor's spokesperson) keyboard.

This fall, the Enquirer has a choice: It can highlight the real differences between the candidates in the City Council and Mayoral elections and the creative ideas for improving our City that emanate from the electoral contest or it can continue to ignore the real issues facing our City and act like the incumbents and the administration have a monopoly on workable ideas.

Based upon this incredibly painful excuse for reporting and analysis, we are concerned for that anticipated coverage.
Posted by COAST at 4/11/2013 05:08:00 PM