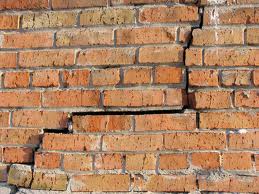 Finally, a crack has emerged in the wall of the political support in City Hall for the Streetcar project.  And like the Berlin Wall, once breached, it quickly will be torn asunder by the very people it was oppressing.

Read this remarkable development of Roxanne Qualls breaking ranks with Mayor Mallory and the City Administration on the Streetcar issue.
Politically, Mayor Mallory has dutifully been backed by Council member Roxanne Qualls at every twist and turn of the Streetcar project, including the $42 million in tax dollars through which the administration already has burned.  Through two ballot issues, the withdrawal of $52 million in state funding (thank you, again, Governor Kasich!), redesigns, conflicts over the Blue Ash Airport monies and the Duke Energy utility relocation issue, Qualls has reliably supported every foolish misdirection in which Mayor Mallory led the City.

But today that all changed.

Now, make no mistake.  The socialist proclivities of Qualls, who wants to tax and spend the City into a utopian state of centralized bliss, are unmistakeable.  But under grinding pressure and withering criticism from her competitor for the Mayor's office this fall, John Cranley, Qualls today finally broke ranks with Mayor Mallory and the mis-guided administration and said it is now time to: "step back and put the project through intensive” review to bring costs “back into line.”  She chided City Manager Milton Dohoney and Mallory saying: "council has not given the administration a ‘blank check.’"

Really?  Until now, you never would have known.  But that pesky election she has to face in November appears to have awakened her political sense if not her common sense.

[By the way, how does she propose to "bring costs back in line" and how does Dohoney expect to reduce costs by re-bidding the project with a "slightly altered streetcar proposal."  Huh?  Really. You are going to close a $26 million gap by doing those things.  God, this is going to be fun to watch!]


COAST has waited a very, very long time for this day to arrive.

Qualls for once has broken ranks with the lockstep allegiance of a Council majority to the Mallory/Dohoney headlong drive to bankrupt the City.