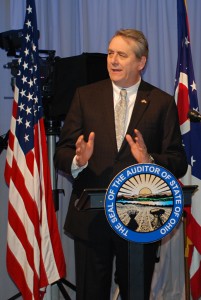 Brian Thomas at 55KRC spoke with Ohio Auditor David Yost this morning about the recent revelations of CPS manipulating student attendance data to undermine the integrity of the school grading system and goose their own numbers.

CPS trapped these kids in underperforming schools and stole their opportunity for hope.

As Auditor Yost points out, this was not the result of a few rogue teachers, this scheme was fomented and carried out at the highest levels of CPS administration. This scam is likely to cost CPS upwards of $40 Million in state funding, with criminal prosecutions to come.