Will this week bring a Parking Plot Court of Appeals decision? 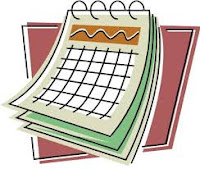 It was only one week ago Monday that the Parking Plot case was argued before the First District Court of Appeals.  There, attorneys for the City and the petitioners squared off in defense of Judge Bob Winkler's inspired decision upholding the right of petitioners to place the Parking Plot referendum on the ballot.

The usual course of an appeal in Hamilton County takes a year-to-a-year-and-a-half to conclude, with briefing taking six months, a several month delay for oral argument, and a decision some 45 to 60 days after oral argument.  For example, the recent resolution of the Mayor's car case took 16 months after Judge Marsh's decision to be overturned.

By agreement, the Parking Plot case has been expedited.  Briefing took only a month; oral argument was a week later.

Cincinnati Enquirer reporter Kimball Perry tweeted last Monday, the day of the oral argument, that a decision would be rendered within a week.  That seemed odd, as the Court typically does not announce its schedule for issuing a decision, and if they did, you would expect them to announce it to everyone.  But at the close of oral argument, Judge Cunningham did promise a decision promptly, and she seemed earnest in that commitment.

So, a decision might come as early as tomorrow, or sometime this week.