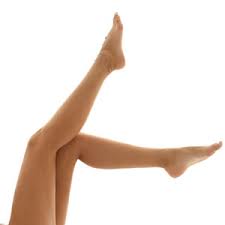 When the news media refers to a story that has "legs," it means it is moving and will continue to move.  It has twists and turns; there is more to it than originally meets the eye.  The IRS scandal has "legs" that will endure, keep us chasing the story, throughout the summer and beyond for seven reasons.


1) Where there's smoke, there's fire.  There is smoke all over this story, from Lois Lerner's creepy planted question at an American Bar Association session, to the denial, then the admission about the planted question.  Then, of course we have Lois Lerner's taking of the Fifth Amendment.

2) This scandal's "got beef."  No federal agency puts the fear of God in Americans like the IRS.  It's power is mighty; its ability to act is arbitrary and largely unchecked.  That the IRS was used originally, and then participated in a coverup, both for political reasons (see #4 below) is (post-Richard Nixon) unthinkable.

3) Too many coincidences = a conspiracy.  IRS Big Holly Paz donated $2,000 to Barack Obama's 2008 campaign, and seems to have her fingerprints all over the mess, from the development and implementation of the implementation of the targeting of Tea Party groups, to sitting in on 36 of 41 interviews of the Inspector General's "audit" of IRS practices. Ultimately, there are too many coincidences to avoid the conclusion that a conspiracy was afoot.

4) The coverup is always bigger than the original misdeeds. Let's assume for sake of this proposition that the targeting of Tea Party groups was conceived and implemented relatively innocently (as innocent as fundamentally mendacious bureaucrats, who fail to appreciate the limitations on their power, can be). It is clear as day that what happened thereafter is that the IRS and White House bureaucrats decided to delay what they knew about this until after the 2012 Presidential election. Thus, a scandal that was begat from political motivations was covered up for political motivations, making it...entirely political from beginning to end. And the IRS is not supposed to be political. Former IRS Commissioner Douglas Shulman (God, did he look like a weenie before Congress?) knew about all of this in March of 2012, and yet lied to Congress, lied in public records requests, and hid behind a slow-rolling IG investigation to squelch the release of any details on this scandal until after the 2012 Presidential and Congressional elections.

5) David v. Goliath.  Look, the IRS was not picking on Karl Rove's American Crossroads ($70.8 million spent in 2012) or the parallel democrat 527 - Priorities USA  ($65.1 million spent in 2012), or the myriad big-money 501-C-4's and other organizations that sprung up out of nowhere and funded the 2012 campaigns.  Instead, they chose to pick on genuine, organic grass-roots movements of folks who really did not have that much money or access to high-powered tax lawyers -- the Tea Partiers.  The pathetic targeting of the weakest citizen groups (David) by the Goliath IRS, while letting (as always) big money players do whatever they want, is just insufferable.

6) Goes all the way to the top.  The initial Jay Carney denial that the White House knew anything about this teeny, tiny incident before  Lois Lerner's creepy rollout at the ABA only magnified the White House connections to the scandal, which are evident to anyone paying attention right now.  The fact that the coverup was transparently orchestrated out of the White House is becoming more apparent, thus making it more credible that the targeting was initiated by the President himself.

7) Prevaricating.  The lies, lies, lies that have permeated this scandal are a gift that keep on giving.  First, those lies give us the crimes to prosecute -- lying to Congress -- even if we have no other crimes we can easily pin on these dreadful public servants.  Everyone holding this secret knew it would mushroom in awful ways once exposed, and thus they have lied, minimized, mis-directed, pointed fingers, and lied some more at each new development of this burgeoning scandal.

Thus, Barack Obama and his community organizing minions that have infiltrated the highest levels of government have made the same mistake of Richard Milhouse Nixon's plumbers some 40 years ago.  And, until they come clean quickly on this scandal, they will continue to make it worse and worse.

Let's throw someone in jail.