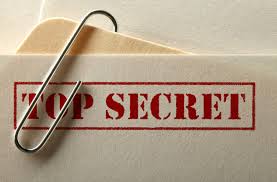 When the Cincinnati Enquirer last year sued to force the City to provide bid documents on the Streetcar, the City attempted to shield them under the "Trade Secrets" exception to the Ohio Public Records Law, for reasons still unknown.


(Why would the City care if its bidders' secrets were revealed?  More importantly, there was nothing especially secret in the bid packages.)

They failed under a well-reasoned decision from Judge Pat DeWine that was later upheld by the Hamilton County First District Court of Appeals.

From COAST's perspective, the issue is transparency in the City's bidding processes, the area where corruption and favoritism is most likely to be revealed.  The public needs to be able to view bids to evaluate if their politicians are cutting a good bargain for the taxpayers, or cutting a deal for their friends.  It's a pretty simple concept.

The City lost that fight over secrecy of Streetcar bids in part because its ordinances had not opted for optimal secrecy as permitted by state law.  Now, they are tightening that loophole, and shielding as much information as the statute and courts allow in the bidding process, further limiting the public's view of the already paranoid, secretive Mallory administration.

Read about it here.