Would charge ratepayers $475 million for assets they already own 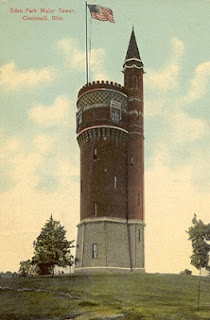 Would you pay good money to buy something you already own? That’s what the City Manager is proposing with the sale of water works assets to a new public entity. Under the Manager’s proposal, the City of Cincinnati would follow Ohio statutory procedures to form a “Regional Water District.” A Charter Amendment advanced by the NAACP and the labor union AFSCME would force that proposal to a City vote.

Under the Manager’s proposal, after the formation of the new water works entity, the City would enter into an agreement to transfer to it assets of the Cincinnati Water Works in exchange for a payment of $475 million.

Who pays that $475 million under Dohoney’s proposal? The very ratepayers who already own the water works assets. As explained by Dohoney at a June presentation, the sale is proposed “because the City needs the money.” In other words, the sale is a hidden tax increase to feed the City’s unrestrained habit of over-spending.

In response, Cincinnati’s NAACP and AFSCME have circulated a petition requiring that any sale of City waterworks assets be submitted to a public referendum.

“Using the legacy of 100 years of asset purchases by Cincinnati water ratepayers to fund the City’s operating deficit is the height of fiscal irresponsibility,” said Christopher Smitherman, Cincinnati NAACP President. “We cannot allow Council to mortgage our future and our children’s future in this manner to finance nothing other than their open-ended spending addiction.”

COAST will be considering an endorsement of the Waterworks amendment at its September Board meeting.
Posted by COAST at 8/12/2009 07:02:00 AM