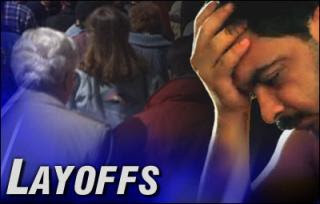 After years of wasting monies, the chickens have finally come home to roost on the policies of Cincinnati City Council last Monday when the City Manager announced layoffs of 138 police officers and the closure of four fire companies.

“If Council would limit their role to the basic functions of government,” said COAST Chairman Jason Gloyd, “there would be now and for the foreseeable future, more than enough funds to police the streets and provide adequate fire protection.”

However, for decades, Cincinnati City Council has spent hundreds of millions on non-priority projects such as subsidizing the Film Commission and the National Underground Railroad Freedom Center, operating a City environmental protection, inspections of nursing homes and day care centers, all of which are duplicative of state and federal agencies, and squandered limited city resources on ill-considered mega-projects such as the $42 million squandered on the Riverfront Transit Center. Currently it is spending money planning and promoting a trolley plan that will never happen.

COAST believes that City Council intends to foist a massive property or earnings tax increase on Cincinnatians shortly after the November 4 elections to pay for these foolish spending policies.
Posted by COAST at 8/12/2009 07:06:00 AM