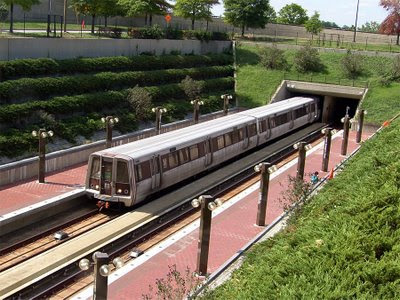 "If you build it, they will come." Streetcar enthusiasts frequently say that all you have to do is put in public rail transit, and development will magically spring up around it.

Prince Georges County outside of Washington, DC tried that. At great public expense they extended DC's Metrorail system, put in 15 stations, rezoned the surrounding areas for retail & dense housing, offered tax incentives, and waited for the money to start rolling in.

They have created a money-pit, and can't bring themselves to stop digging. Let's not make the same mistake with a Cincinnati streetcar.
Posted by COAST at 4/11/2009 03:15:00 PM