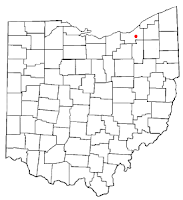 Press conference 4:00 PM followed by petiton filing with the Garfield Heights Clerk of Council
For immediate release:  Monday, July 19, 2010
For more information:
Frank Wagner, 216-799-2909 (Garfield Heights)
Christopher P. Finney, 513-720-2996 (COAST)
Citizens for a Greater Garfield Heights will conclude their successful 2010 dual petition drive to fight Red Light Cameras and to Ban the recently imposed Rubbish Collection Tax within the City of Garfield Hts.. The citizens group with the assistance of COAST will be filing their petitions with the Garfield Hts Clerk of Council to place the two Charter amendments on the November 2010 General Election Ballot.     The details of the gathering are as follows:
The front steps of the Garfield Heights Civic Center
5407 Turney Road
Garfield Heights, OH 44125
Monday, July 19, 2010 at 4:00 pm
In 2009, at least three other cities in Ohio batted back Red Light Cameras.  Pickerington residents defeated the plan with legislative action, and voters in Chillicothe and Heath, Ohio banned the cameras with ballot initiatives.  In 2008, Cincinnati voters banned the pernicious and intrusive devices with a Charter Amendment.

The  Garfield Heights Charter Amendment proposals are modeled after Cincinnati's and will effectively ban unmanned red light and speeding cameras from being enforced in City limits. The second charter amendment will ban the Rubbish Collection Tax imposed by the City Council and the current  Administration.
Posted by COAST at 7/19/2010 01:13:00 PM